Fog of the Zombreasts STORY

On Halloween morning, the Hodges family is one of many waking to find a strange sight outside their windows in the small town of Romeroville. A mysterious pink fog has descended over the town and within this fog lies a fate none of them will be able to escape from. Is the real threat the fog or what is in it? Will the Hodges family ever be the same again? And will they recognize the threat facing them as their neighbors come in search of sharing the influence that has already consumed them, an influence where the women become one and the men seek to serve the one. Beginning with a government truck carrying unknown chemicals and ending with a government team trying to determine what level of exposure the surrounding communities may have sufffered, the fog of the zombreasts will infect every female resident and the men will be their faithful drones. It’s a Halloween to remember and one the living dead girls of Romeroville will swell with pride over.

RELATED TO Fog of the Zombreasts 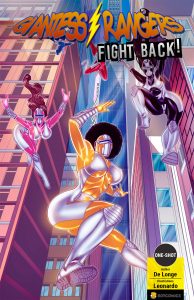 Subscribe and Get Free Money Direct To Your Inbox.